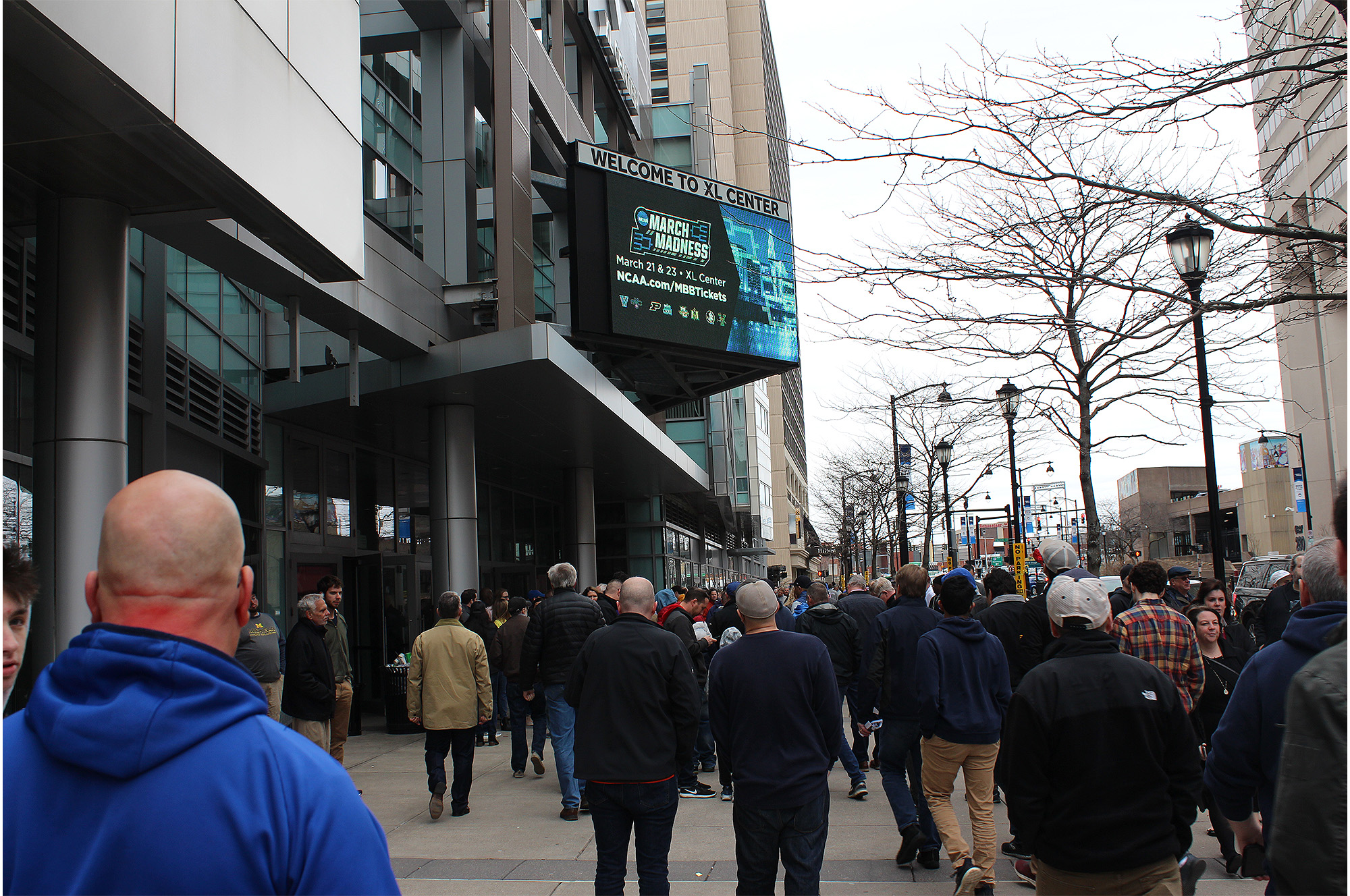 The XL Center and the City of Hartford eagerly prepared for the return of the NCAA® Tournament. The excitement was unmatched by any other event to date and it provided an opportunity to showcase both the arena and the city as a premier entertainment destination.

According to the analysis conducted by the Destination Marketing Association International, (DMAI), game fans generated over $5.6 million to the city, state and region in taxes and total business sales.

DMAI is a professional organization representing destination organizations and convention and visitor bureaus worldwide. The organization basis its audit on data collected from an event’s performance history and actual numbers gathered subsequently. According to the post-event economic qualifier, attendees made up the majority of the spending in the areas of lodging and dining; over $800,000 and more than $700,000 in revenue respectively.

Bringing the championships to Hartford was a team effort. Spectra, the XL Center’s management group, assembled and submitted a winning bid with support from the Metro Hartford Alliance, local businesses, the mayor, governor and the Capital Region Development Authority. One of the highlights of the three days was “Party-on-Pratt”. An iconic street in the center of downtown, directly across from the arena, transformed into one big block party celebration where fans enjoyed locally brewed ales, a street lounge, games, live music and photo-ops with the Yard Goats mascots. The Hartford Business Improvement District and the Hartford Chamber of Commerce spearheaded the Party-on-Pratt initiative, a successful model that can be followed for future downtown programs.