A relic of Hartford’s manufacturing days has been preserved for the future as new housing.  This is CRDA’s eighth housing project bringing the Authority’s total number of new apartments to the Hartford market to about 800.

The Corporation for Independent Living, Inc. (CIL), the Capewell developers, have had the plans for the project in the works for some time, but were waiting for the last piece of funding. In the meantime, a Department of Economic and Community Development (DECD) Brownfields grant allowed for the environmental clean-up in anticipation of the closing. The property is located at 70 Popieluszko Court in the south end of Hartford. As with the other CRDA housing projects, 80 percent are market-rate and 20 percent are designated affordable. The final financing for the Capewell Horse Nail Company closed on June 30, 2015.

The 72 units are composed of 16 studios, 34 one-bedroom, 20 two-bedroom and two three-bedroom rentals.

CRDA’s funding of a $5 million loan provided the final gap financing, with three banks participating in the primary mortgage package.

Along with federal and state historic credits, the redevelopment’s total cost reached $26 million.

Capewell Lofts offer a variety of floor plans to choose from. The units are currently accepting applications. 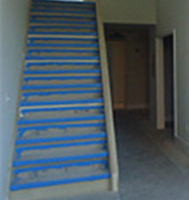 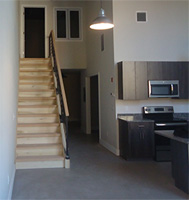